A demonstration by the U.S. Air Force Test Center on Dec. 15 proved that Small Diameter Bombs (SDBs) fitted each with a collaborative autonomy payload were able to established communication with each other and identify the two highest priority targets. 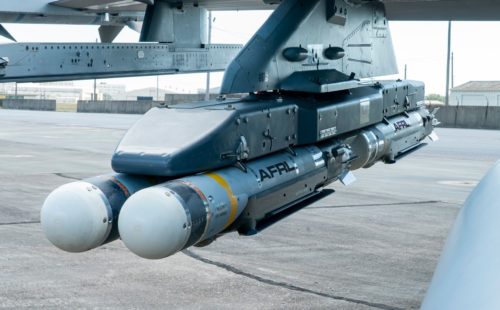 The demonstration is part of the Golden Horde program to build advancing networked, collaborative and autonomous weapons capabliities.

During this test, the weapons failed to hit their intended targets due to improper weapon software load. The weapon navigation system had failed to received the updated target locations.