AFRL’s ROBOpilot is back flying again

ROBOpilot, a project by the Air Force Research Laboratory (AFRL) Center for Rapid Innovation (CRI) and DZYNE Technologies Incorporated, has resumed flying on Sept. 24 after an accident last year. 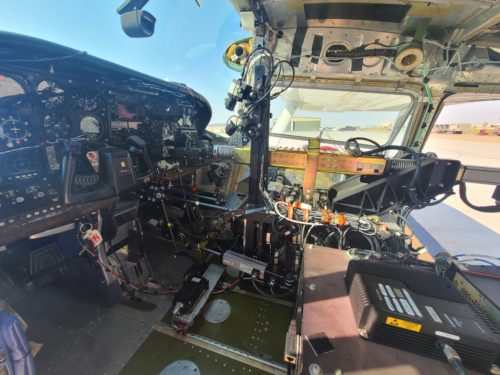 The ROBOpilot is a converted Cessna 206 that allows the light aircraft to fly unmanned. The magic of it is that no permanent modifications is done on the Cessna. The system itself interacts with the aircraft in the same manner as a human pilot does. This allows the aircraft to be returned to its manned configuration by reinstalling the seat in the cockpit.