The U.S. Air Force has retired one of its only two WC-135 Constant Phoenix nuclear weapons testing air-sampling aircraft. 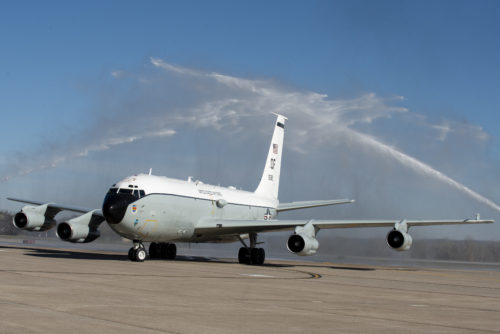 Tail number 582 did its fini-flight on Nov. 2 and flew away from Offutt Air Force Base on Nov. 16.

The aircraft is now at Majors Airport in Greenville, Texas, before it heads to the boneyard at Davis-Monthan Air Force Base, Arizona.